How to Use the Timeline in Adobe Captivate 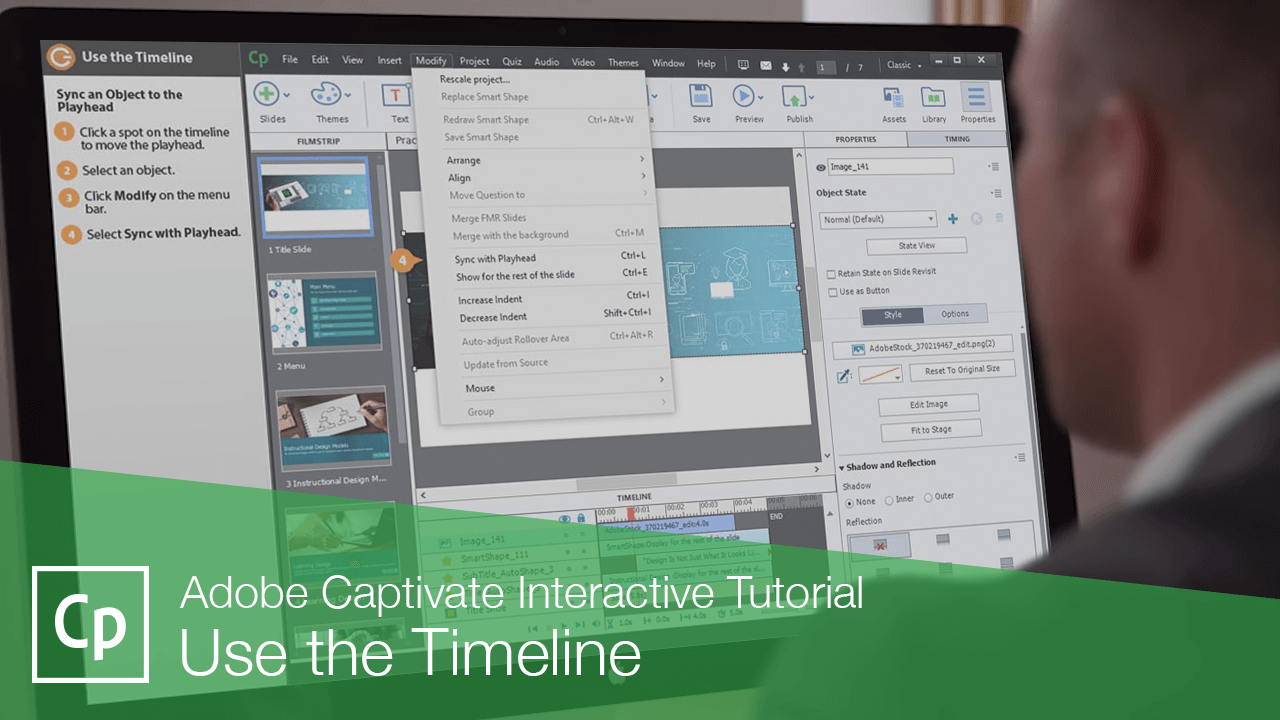 The timeline lets you control when objects appear on a slide, and how long they appear for. You can also control the layer order that objects appear in.

Move Objects on the Timeline

Now that we can see the whole timeline for this slide, let's look at how to move objects around on the timeline.

Sync an Object to the Playhead

Another way to change when an object appears on the slide is to align it to the playhead. The playhead is represented by a red box on the timeline, with a red line that descends through all of the objects below.

The object moves on the timeline so that it will appear at the time marked by the playhead.

You can also change the layer order of objects on the timeline, to control which object appears in front when things overlap. 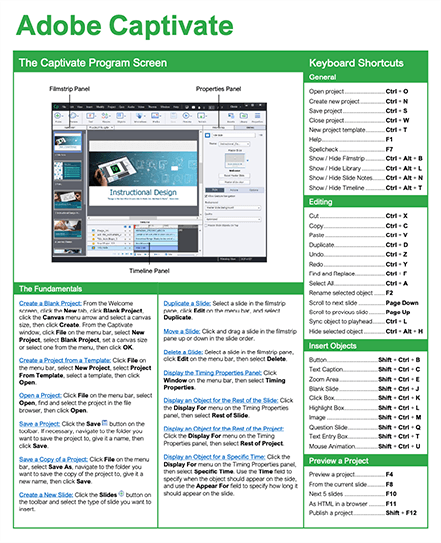